You probably know who invented the cotton gin. You’re probably somewhat familiar with the development of the automobile. But what about air purification units? These are commonplace today, but this wasn’t always the case. How did this invention come about, and how has it changed over the years?

These units may not have had the same impact as the Wright brothers’ invention, but air purification units have decidedly affected a host of industries and improved conditions in many settings over the years. Your local radon service in Des Moines, IA has the facts.

Air purification units remove contaminants from the air. These contaminants come in a variety of forms, such as smoke, pollen, pet dander, dust, mold spores and more. Since these can cause a host of problems for those exposed to them, air purification units were developed to filter them out of the air we breathe. These units are particularly important for those who suffer from asthma, allergies or other respiratory issues.

Due to this great need for pure air, experts have been working for centuries to provide units that will improve breathing conditions. We must travel back to the 16th century to examine the earliest efforts.

The first air purification units, used as early as the 1500s, were simply protective pieces that were worn over the nose and mouth. These respirators filtered air as wearers breathed through the unit. This protected the person from breathing in fumes, gases or harmful particles.

Additionally, among myriad inventions and ideas, a form of air purification unit made the list of Leonardo da Vinci’s accomplishments. He noted that fine cloth dipped in water could protect sailors from breathing toxic powders.

In 1799, Alexander von Humboldt created a primitive air purification unit to protect himself during his work as a mining engineer.

In 1879, Hutson Hurd patented a cup-shaped mask to use for air filtration. First used mostly in industrial areas, Hurd’s invention gained popularity and was still being manufactured by his company in the 1970s.

Of course, we’ve come even further than the 1940s versions of filters. Today, professionals can accomplish incredible filtering and mitigation efforts with air purification units. For more information on this topic, contact the experts at Sir Build-A-Lot. Our staff can answer any questions you have. Our specialties include radon testing and radon services in Des Moines, IA. Reach out to us with any questions or to schedule an appointment to take advantage of our effective air purification efforts.

Let's discuss how we can assist you in making your home as safe as possible for your family.
Contact Us 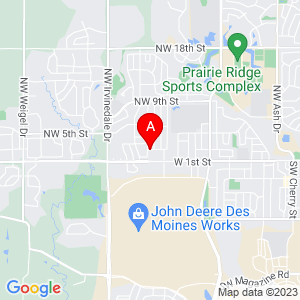